The scene depicts the black marketing of film tickets. Munna (played by Aamir Khan) is selling a Rs. 10 tickets for Rs. 30 (Dus ka Tees). He purchased some tickets in bulk before the movie started at Rs. 10 per ticket.

People who want to watch the movie (Mr. Bond, in this case) are unable to find the ticket at the movie counter (legally). Therefore, they are now reaching out to Munna to purchase the movie ticket from him in black at Rs. 30.

Munna makes a profit of Rs. 20 per ticket (Rs. 30-10).  In this case, Munna is creating a parallel economy (a small one, of course) and won’t be paying any tax on these tickets as they are not even being reported as Income (Unaccounted Income).

The scene is portrayed from a time when India had a single-screen theater. Even today one can find black marketing of tickets but it isn’t that prevalent.

What is a Black market?

The black market is also known as the shadow market. It is an illegal and parallel market that has activities that are outside the terrain of government-sanctioned channels. This means the sale and purchase of such goods and services are prohibited by law. It can have a bad effect on the economy as these activities are not reported and evade taxes.

Now a black market is quite serious and it entails activities such as:

This unrecorded or parallel economy that is created by undertaking such activities leads to a loss of money. During this process, tax gaps are created. Tax gaps are the difference between taxes due and the ones actually collected. Black marketing of film tickets or selling tickets at an inflated price is a punishable offense too. Though the offender is not jailed, they have to pay Rs. 1,000 as a fine, as a first-time offender. If caught again, the fine keeps increasing. (Reference: Times of India).

Many acts and laws are in force to tackle unaccounted income and the prevention of money laundering.

Money laundering in simple terms means converting black money into white money. This is done by changing the source from which the money is received. Some of the acts for prevention are:

For the tax department, all income that has not been reported becomes black income. In these cases, it is quite possible that there might be no illegality involved. Non-disclosure of income for foreign income attracts a penalty of Rs. 10 lakhs.

Understand Black Market with a Video

How to Become an Investment Banker with No Experience? 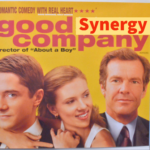 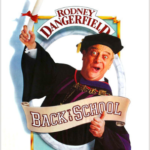 What is Production Cost?