The scene that you just saw shows how 2 businessmen are planning to sell counterfeit medicines in India. Even though it doesn’t seem right to one of them, his opinion is drowned by others. Buying a fake piece of accessories won’t harm a consumer but a fake medicine will. Not justifying selling fake accessories, but the degree of damage is significantly higher.

Prem Chopra advises them to do some charity and build some schools and colleges to alleviate the pain that they feel inside. This is a classic example of cognitive dissonance.

Counterfeit Medicines or supplying fake medicines is a business in India. According to a World Health Organization (WHO) report in 2017 said, “About 10.5% of medicines sold in low and middle-income countries, including India, are substandard and falsified. Dubious suppliers selling to retailers who are unaware of fake medicines cause major chaos in the cities. The Indian government had become proactive by tying up with Oracle and the local chain of hospitals.

In 2018, Government tied up with this oracle giant to integrate its blockchain technology and a distributed ledger solution in the pharmaceutical supply chain, which will create records that are unchangeable for each pharma transaction.

Amitabh Kant, the CEO, of NITI Aayog, said “This agreement with Oracle and our partnership with Apollo Hospitals and Strides Pharma, will help ensure that Indian drug manufacturers and healthcare experts have access to a standards-based, modern technology platform – blockchain and IoT, to help eliminate fake drug distribution.”

Currently, India is facing challenges with the coronavirus second wave. It has become even worse as beds, medicines, and oxygen are in short supply as health infrastructure is falling apart. This has also led to rising in counterfeit drugs. As the country struggles with human loss, a parallel black market for counterfeit drugs is emerging. Similar to the scene we saw, many people cognitively pretend to be unaware of the kind of tragedy they are causing in the world so that they continue to earn profits.

Hence, it becomes imperative to be aware as a citizen of the country of what we are consuming. Before buying any medicine, please be aware of the accurate price of the product (don’t pay lower or higher), and check the quality of packaging, and the spelling of medicines.

We are living in those times when Imaan seems to have been lost. Let’s strive to get it back.

Understand the business of Counterfeit Medicines with a Video 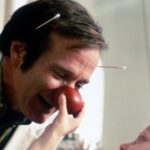 What is the Indifference curve? 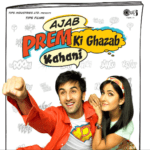 What is a Job description? 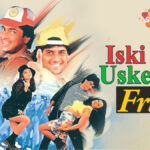