The scene that you saw shows Andy Dufresne (played by Tim Robbins) talking about a fake money chain with his fellow prisoner Red (played by Morgan Freeman). Andy was a banker by profession before he was framed for the murder of his wife and her lover. He comes to the prison and becomes instrumental in money laundering activities that are led by the prison warden.

In this scene, he narrates how he has conjured up ‘Randall Stephens’, who is a phantom. He opened a bank account in the name of Randall and all trails lead back to him.

In this blog, Learning Perspectives will explore the meaning of money laundering.

What is Money Laundering?

There are many ways to launder money. This can be done through

To make it difficult for the authorities to detect money from an illegal source. At the inception stage, this money enters the banking system. Then, legal money is generally mixed with illegal money. This money later goes back to the beneficiary. This process is also called converting black money into white money.

As the name suggests, money enters the system and is placed in the legal financial system. In this stage, money is disguised to make it look real. Similar to the scene that you saw, Andy makes the money look real by creating an account in the name of ‘Randal’. He also has required certificates to make him look ethical but in reality, Randal didn’t exist.

This stage involves covering up the complex web of money through book-keeping. Similar to the scene that you saw in the movie, Andy is sentenced to life in the Shawshank State Penitentiary and he starts money laundering which is led by Norton, prison warden. He layers the process by creating multiple financial transactions to conceal the original source.

In the third and final stage, the money is now integrated into the system and it is extremely difficult to know the source of this money. Money is absorbed in the system. This is clearly reflected in the movie too as we watch the last scene where Andy impersonates Randall and withdraws the money from the bank. 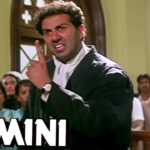 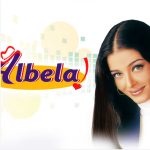 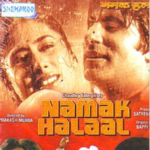