The scene that you saw shows a raid taking place at a house. This raid is conducted at a corrupt official’s house to seize the property, cash, and jewellery that he has acquired through unfair means. This scene depicts a raid by the CBI or the Central Bureau of Investigation. Learning Perspectives will explore the meaning of raids in this blog.

Raids can be conducted by police, the Central Bureau of Investigation, or the Income-tax department in India. Income tax raids are conducted to uncover the undisclosed asset or income that’s earned illegally. It is also termed black money. These raids take place to curb black money.

According to section 132 of the Income Tax Act, these raids can be conducted by:

Rights of the Authorized Officer conducting the Raid:

1)  Enter and search any building, place, vessel, vehicle, or aircraft where he has reason to suspect that such books of account, other documents, money, bullion, jewellery, or other valuable article or thing are kept;

2)  Break open the lock of any door, box, locker, safe, almirah, or other receptacles for exercising the powers conferred by clause (i) where the keys thereof are not available;

(2a) Search any person who has got out of, or is about to get into, or is in, the building, place, vessel, vehicle, or aircraft, if the authorized officer has reason to suspect that such person has secreted about his person any such books of account, other documents, money, bullion, jewellery or other valuable article or thing;

2b)  require any person who is found to be in possession or control of any books of account or other documents maintained in the form of electronic record as defined in clause (t) of sub-section (1) of section 2 of the Information Technology Act, 2000 (21 of 2000), to afford the authorized officer the necessary facility to inspect such books of account or other documents;

3) seize any such books of account, other documents, money, bullion, jewellery or other valuable article or thing found as a result of such search:

In 2017, a raid was conducted on the house of Mr. Pranoy Roy (NDTV promoter and anchor). He was allegedly accused of wrongful gain of Rs. 48 crores. CBI investigates cases that are essentially against Central Government employees, financial interests of the Central government, breach of Central Laws, fraud, cheating embezzlement relating to companies involving large funds, and similar offenses committed by organized gangs or criminals affecting several states. 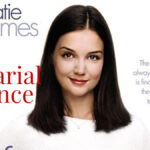 What is Actuarial Science? 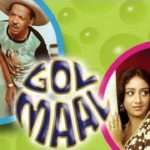 How to interpret Financials? 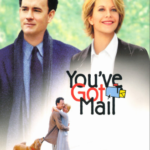