The scene that you just saw shows how Paul (Jason Lee) is being asked to give a presentation on their advertising campaign. Although he seems to be having some problems. All he can muster to say is that the company is witnessing steady growth over the last 6 months as the campaign has been running.

What is a Marketing campaign?

Marketing campaigns can be designed with different end-result in mind. It could be for introducing a new product, promoting new services, building brand image, or reducing the impact of negative news. Small companies can either email, create flyers, and posters, or run a media campaign across social media. Companies should also be able to handle the influx of any sales generated by these campaigns. Big business houses also resort to product placements.

Aflac Insurance company came up with an advertising campaign in the late 90s. It was called the Aflac duck campaign. One of the agencies was the New York-based Kaplan Thaler Group, whose creative guys came up with the idea of the Aflac Duck because they’d been having a hard time remembering our name. One day, one of them asked, “What’s the name of the account we’re pitching?” A colleague replied, “It’s Aflac—Aflac—Aflac—Aflac.” Someone said that he sounded like a duck, and the idea was born.

Aflac’s sales doubled and its brand recognition went from under 10% to 90% due to this marketing campaign. Hence companies need to be mindful when running their marketing campaigns and sometimes go with their gut feeling.

Here is the ad campaign:

Understand Marketing Campaign with a Video 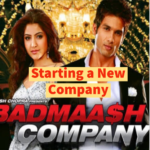 What does it take to start a new Business?