The scene that you just saw shows Monco (played by Clint Eastwood) asking for a hotel room. The receptionist mentions that no rooms are available and rooms across the town are occupied. He looks at the hotel register and strikes off the name of the occupant. Monco says ” It’s free now”.

In this blog, Learning Perspectives will explore the meaning of the Occupancy rate.

Occupancy rate is the ratio of space occupied to the total available space. These rates are generally used in hospitality, real estate, and many other industries.

The occupancy rate at hotels:

Similar to the scene that we saw, assuming the hotel had 50 rooms and all were occupied according to the receptionist. This means that the occupancy rate of the hotel is 50/50*100= 100%. Let’s assume a different scenario, where a total of 30 rooms are occupied, then the occupancy rate would be 60% (30/50*100).

The occupancy rate at hospitals:

In hospitals too, occupancy rates are calculated. COVID affected the entire world. The second wave in India left many people looking for hospitals. One of the doctors reported,

According to a Times of India report, at COVID’s peak, there was 100% bed occupancy. Many people struggled to find a bed in the hospital. In Ahmedabad city, which had 5,602 beds across 81 COVID-19 designated hospitals. There was 98% occupancy. That means 5490 beds were occupied.  These occupancy rates serve as a guide for hospitals now to improve their infrastructure for another possibility.

The occupancy rate in real estate:

Malls, promenades, and apartment societies generally sell at higher rentals which have higher occupancy rates. A lower occupancy mall may have lower rentals as it is assumed the facility isn’t managed properly. When investors think of purchasing a restaurant, he/she will be checking occupancy in nearby hotels. This can affect the footfall at the restaurant. 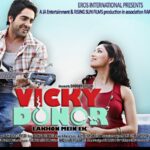 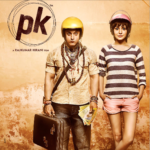