Truman (played by Jim Carrey) is an insurance agent in the movie, who discovers that his whole life is actually a reality TV show.

The scene that you just saw shows Truman (played by Jim Carrey) trying to have a conversation with his wife. When his wife has nothing to say to Truman, she starts promoting the Mococoa drink. She says ‘that they are all-natural cocoa beans, no artificial sweetener’ in the middle of a conversation. When Truman questions her, she lifts the slicing knives (Chef’s pal) to threaten him.

It is a form of advertisement that is embedded in production to cater to a large audience. This could be a film, TV show or web series, or promotional event. A product is placed in between scenes to promote the use and benefit of the product. There are two brands being promoted in the above scene. One is the ‘Mococoa drink’ and the other is ‘Chef’s Pal’.

James Bond movie shows three brands being promoted in course of a minute.  Brands promoted are:

Companies pay production houses in terms of goods, services, or cash for this product placement. Product placement generally creates a positive impact on the minds of the consumer. When James Bond uses a Sony Ericsson phone and drives a Ford car, audiences are influenced by these tactics.

Subtle tactics are used by advertisers to do so. Although this advertisement is not so subtle in ‘The Truman Show’. Many people believe that this is a dishonest and deceptive way to market their product. Product placements create different attitudes towards a brand which might urge people to purchase the product.

Sony Ericsson mobile is being shown for its features of navigation which is subtly placed in the movie. Product placement is a big business for movies and TV series alike. The total global product placement industry, across films, TV shows, and music videos, is said to be worth $20.6bn (£15bn) in 2019, according to a report by data analysis firm PQ Media.

Now, many ads are also being digitally added to old and new movies. According to Mr. Taylor who is the chief executive of company Ryff,( digital insertion) says that the technology forms an attractive bridge between the demand for high-quality content free from intrusive advertising, and alternative sources of content provider revenue.

Understand Product Placement with a Video 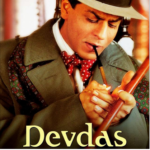 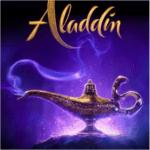 What is Barter System?