The above scene shows Vikrant’s death. Guru Gulab Khatri (played by Akshay Kumar) decides to withdraw diamonds from the bank of New York which was in Vikrant’s locker. In this blog, Learning Perspectives will understand the procedure for claiming bank locker belongings in case of death.

Generally, people deposit their life savings in a savings bank account. They keep their valuable belongings in a bank locker and investments in different instruments such as fixed deposits, PPF, mutual funds, etc.

If you have a bank account, you also receive a locker facility from the bank. Lockers can store many items. These could be property papers, jewellery, gold biscuits, diamonds, etc. Anything that is valuable to you can be kept here. These lockers are hired by an individual or a business. There is a nomination facility available when you hire a locker. When two or more people hire the locker, then the locker is said to be hired jointly.

Locker Claims in case of death

In the case of the single-hired locker and a nominee is present, then claims can be settled through the nominee. The nominee will access the contents of the locker after the verification of KYC done by the bank. Bank would check for the death certificate, similar to the scene that you saw and the bank would also prepare an inventory of items in the locker. This would be done in the presence of the nominee and two independent witnesses. 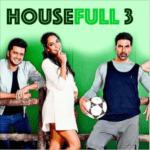 What is a Loan?