Harry (played by Shahrukh Khan) is known to be a womanizer and does not want to travel with Sejal (played by Anushka Sharma). He claims, that traveling with him might not be in Sejal’s best interest. The scene that you saw shows Sejal, drafting an Indemnity bond for Harry. It says that Harry will be absolved from all legal charges if there is any physical interaction between them. Learning Perspectives will explore the meaning of the Indemnity bond in this blog.

Indemnity is a contractual agreement between two parties. In this agreement, one party decides to pay for any losses that would be caused by another party. Risks are managed between the parties through indemnity clauses.

Indemnity clauses are generally seen when one party seems to be at risk by the actions of the other party. For example: When a retailer gives large order of 1000 batches of uniforms to a supplier.  If batches of uniforms do not have proper quality or standards, then the retailer stands to face the risk of a loss. In this case, the retailer will usually seek an indemnity bond from the supplier.

How is Indemnity Paid:

When is Indemnity Given?

There can be many instances when indemnity is given. Indemnity is used in a variety of contexts. Similar to the scene, that we saw, the following can be some reasons when it is given:

This is also called a surety bond which informs the holder of the bond, that he will be duly compensated for any loss that he/she incurs.

Whenever a software license is purchased by a company. It is usually accompanied by a clause that shields the company from any liability occurring from the use of the software.

Herein the seller of the intellectual property rights agrees to indemnify the buyer for any loss or third party claim of infringement of copyright, patent, or trademark 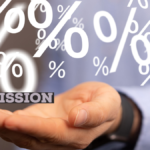 How is Commission Calculated?

What are Outside Sales?