The scene shows a conversation between Chintu and Gopal. Chintu reminds Gopal (played by Ajay Devgan) that he had taken a loan for his Jet ski business from Vasooli. He has to return that money back to him too. In this blog, Learning Perspectives will explore the meaning of Debtors.

Debt is a common phenomenon in the lives of most human beings. It refers to the amount owed by one person to another. Most of us have incurred debts at some point in our life. Debts can be credit card debts, bank loans or even mortgages.Similar to the scene that you saw, Gopal has taken a debt from Vasooli.

Most of us have to deal with the consequences of our spending habits; we have to pay off our debts.

Debtor comes from the word debt. In this case Gopal is a debtor and needs to pay to Vasooli. In simple terms, debtor is a person who owes money to a bank/company/individual. Debtors can also be referred to as borrowers.

Creditor is the opposite of a debtor. Creditors are the ones who give the money or loan. Similar to the scene that you saw, Vasooli is the creditor here as he is the one who had given money to Gopal for his Jet ski business. Similarly, when you as an individual take money from your friend or a relative. You become a debtor and that relative is a creditor. In balance sheets, you will see these terms debtors and creditors. Debtors are classified as current asset on the balance sheet and creditors are recorded as current liabilities.

Debts can be settled in several ways, sometimes without any intervention from the creditor too. Creditors sometimes help to modify terms of the loan so that debtor can become financially solvent again. If the debtor fails to pay the cash, he isn’t jailed but there can be consequences.

When a bank grants credit to anyone, there is always a risk of default. Hence, companies maintain a reserve known as a provision for doubtful debts. If the loan is noncollectable, it is written off from the books. Bad debts are expenses for the banks or any other lender. Bad debts occur when an individual/business is not able to fulfill its obligation to pay back the loan or credit that was granted to them. 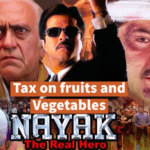 GST on Vegetables – What are the Rules? 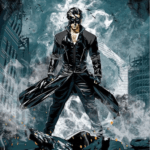