The scene that you saw shows a shopkeeper giving credit to a customer. Ram Laal (Customer) wants some tea leaves and sugar on credit. The wife of the shopkeeper isn’t happy with this idea and refuses to give him anything. The shopkeeper knows Ram Laal and gives him sugar and tea leaves on udhaar (credit in English).

Credit can be defined as the borrower receiving goods, services, or money with a promise to pay at a later date. The lender (shopkeeper, in this case) would receive money at a future time period. While the goods (i.e. sugar and tea leaves) are already delivered to him. Credit, in financial terms, means many instruments that are used in borrowing.

A company can purchase raw material on a credit basis and pay the supplier later when the raw material is converted into a finished good. For example, Marico purchased coconuts from a supplier on credit (Money will be paid later). Marico converts coconuts into coconut oil (finished good). When this happens, Marico pays the supplier. This is also called a credit cycle.

Suppliers tend to have credit cycle days, these can be anywhere from three days to thirty-one days. Suppliers can get half payments at the time of delivery or full payment at a later date. This depends on the supplier. The company can promise by signing an IOU or a promissory note to repay the balance money at a later date.

Credit also depends on the creditworthiness of the borrower. This means if the track record of the borrower is good, he has a high chance of getting credit.

Personal loans, home loans, and lines of credit are all types of credit instruments. A credit card issued by the bank also allows a customer to purchase goods on credit and pay at a later date to the bank.

From an accounting perspective, if McDonald’s buys a fryer (in which all things are fried) on credit, then in the balance sheet Mcdonald’s, fixed asset (Fryer) would increase, and also the accounts payable (current liability) would increase. This happens because Mcdonald’s would have to pay later.

Similarly, if a bank extends a loan to Mcdonalds’, then Mcdonald’s has to repay the loan within 5 years. In this case, the bank is the creditor of McDonald’s. 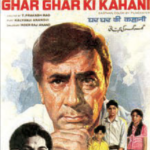 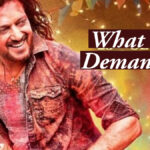 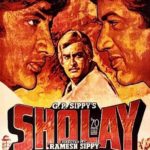 What is Project Management?