The scene that you just saw shows how DharamRaj Thakur( played by Anil Kapoor) is handing over the papers of his estate (Jaydad in Hindi) to his sister-in-law, Meena (played by Raveena Tandon).

He goes on to say to her that he isn’t aware of the number of estates he (or his forefathers) owns. As Meena is the educated ones in the family, she can look into matters related to estate and inheritance.

This scene seems to be quite intense as his family members look agitated. In this blog, Learning Perspectives will explore the meaning of inheritance tax.

What is the Inheritance tax in India?

Property, land, and assets (movable or immovable) get passed on from one generation to the next. Generally, when an elder of the family passes away, their property is transferred to their legal heirs, this could be children or grandchildren. In India, succession law is applied in accordance with personal law.

The law of inheritance in India is based on succession and religion which include:

This succession law applies without a will. This means the property will be transferred to the children at birth. Amendments in the 2020 succession act make daughters equal right holder. Justice Mishra pointed out: “The daughter shall remain a coparcener [one who shares equally with others in the inheritance of an undivided joint family property] throughout life, irrespective of whether her father is alive or not. Daughters must be given equal rights as sons, a daughter remains a loving daughter throughout her life.”

Interstate Succession among Hindus is also applicable to Sikhs, Jains, and Buddhists.

This Succession law is applicable to the transfer of property of Hindus by a ‘Will’ i.e. a testamentary succession. This law allows any individual to transfer his own property to any individual he wants legally by getting a ‘Will’ drafted.

Property lawyers can help in drafting a ‘will’. According to the Indian Succession Act, 1925, ‘Will’ means a legal document or declaration indicating the will of a person. This legal document states the name of the person(s) who will acquire, manage and benefit from the estate after the person’s death.

Inheritance becomes a source of income for the legal heir. The inheritance tax in India was abolished in 1985. That means, that when the legal heir inherits any property, land, or any other asset, they don’t have to pay any tax on that inheritance.

However, if a house is inherited from an ancestor, and the legal heir chooses to give it for rent. Any rental income derived from that is subject to tax. This tax would be paid by the acquirer of the house which is now the owner.

Legal Heir can decide to sell the property too. Any capital gain arising by selling that property would also accrue to him/her.

Understand Inheritance Tax with a Video 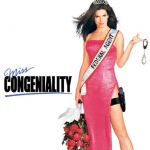 What are the roles in an organization? 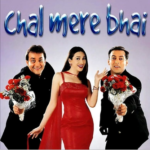 What is a Tender? 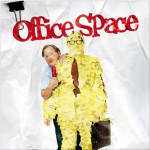 What is Deviant Workplace behavior?