The scene that you saw shows Manav (played by Rahul Bose) defending the idea that women have equal rights in India, and that the situation is improving. He goes on to say that he has allowed Ayesha (played by Priyanka Chopra) to run her own business. Which, Sunny (played by Farhan Akhtar) clarifies that by “allowing”, one is putting themselves in a position of control.

Hence, there is no equality in their relationship. Even though Manav isn’t aware of this. He is operating from a place, where he feels that his relationship is equal with his wife while she feels suffocated.

In this blog, Learning Perspectives will explore the meaning of Bounded rationality.

What is Bounded Rationality?

Bounded rationality is normally associated with a decision-making process in an organization. Identifying all criteria that are important in the decision-making process. As the name suggests, rationality seems to be bounded. Most significant decisions are made through judgments rather than by a defined prescriptive model. Similar to the scene we saw, Manav uses judgment rather than looking at the bigger picture.

Generally, when faced with a complex problem, most people respond by reducing the problem to a level at which it can be readily understood. This is because the limited information processing capability of human beings makes it impossible to assimilate and understand all the information necessary to optimize. So people, seek solutions that are satisfactory and sufficient.

Hence, individuals operate within the boundaries of bounded rationality. Manav most likely heard this from his father or his grandfather and his ideas and thoughts are limited by what he has seen and heard in his family. He considers this belief as the truth. Therefore, he is operating from a limited perspective.

Once a problem is identified, search criteria for alternatives begin. Decision-makers would most likely draw up a limited alternatives list. These are the choices that are easy to find and highly visible. These alternatives would generally be through tried and tested solutions. Then these alternatives will be reviewed and a ‘good-enough’ alternative would be chosen. A person with bounded rationality would behave in ways that would be right for them.

A creative solution may present an optimizing solution to the problem, however, it is unlikely to be chosen because an acceptable solution will be identified well before the decision-maker is required to search. 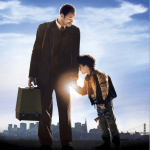 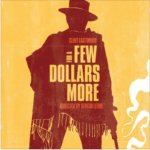 What is leadership training?