In this particular scene, Shakun (played by Saif Ali Khan) seems to have ownership of over 19% of the shares still does not give him the right to control the company. Although the cunning strategy that he plays with another shareholder is possible. Do you think controlling the company is possible with just 19% shareholding?

In this blog, Learning Perspectives will explore the meaning of majority shareholding.

What is Majority Shareholding?

Majority shareholding means any person or company holding 50% of the voting shares of the company.

When a majority shareholder himself is not a director and he nominates someone, it is obvious that the majority shareholder must have prior information to make an informed decision to advise his/her nominee director to make the right call. This point was held in the Ratan Tata case involving Cyrus Mistry.

This is similar to Meta (previously Facebook), Mark Zuckerberg holds close to a 12.5% stake in the entire company. He has veto rights to run the company as he is the founder. A company needs funds from outside and they don’t want founders to lose control of the company. Meta has 2 classes of shares. Class A share is held by everyday investors granting 1 vote per share while Class B shares have 10 votes per share. Mark Zuckerberg holds the majority of class B shares. This gives him 58% of the total voting power hence giving him control of the company.

Warren Buffet, one of the richest people in the world owns 16% of Berkshire Hathway’s (Market cap: $456.4 billion) stock. He has 32% of Berkshire’s voting power. 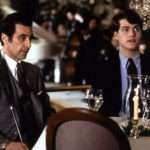 What are leaders made of? 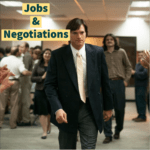 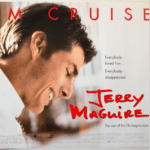 What is a Mission Statement?