The scene that you saw shows you how Thomas Anderson, a computer programmer is being told by his boss to start respecting his job and report on time to the office. His boss thinks that Anderson has a problem with authority and considers himself special. Boss wants him to either be on time or look for opportunities outside the company. Anderson is regularly late to his job due to dissatisfaction with his current role.

In this blog, Learning Perspectives will decode the meaning of job satisfaction.

What is Job Satisfaction?

When people speak of employee attitudes, more often than not they mean job satisfaction. Similar to the scene that we saw, Mr. Anderson’s boss talks about his attitude at his job while Mr. Anderson isn’t satisfied with his job.

How to measure Job Satisfaction?

Job satisfaction can be measured through two approaches:

A single global rating is a single question that employees need to answer, i.e. ‘how satisfied are you with the job?’. After this employees can rate it through a number of 1 through 5 that would correspond from highly dissatisfied to highly satisfied.

The summation approach identifies key elements of a job such as the nature of work, payment structure, supervisor, co-workers, relations, promotion opportunities, etc. These factors are rated and summed up to understand the overall job satisfaction of an employee.

According to various research, it has been found that there is a direct correlation between job satisfaction and employees’ productivity, absenteeism, and turnover. It can be said that happy employees are more productive.

When an employee is dissatisfied with his job, this reflects in his behavior. For example, employees can become insubordinate, can complain, shrug off responsibility, etc. There can be four other responses too such as constructive or destructive, active or passive.

When an employee is dissatisfied, he would look for new opportunities outside of the organization. This would support his idea of leaving the company through resignation.

He could actively attempt to improve the conditions by suggesting improvements, discussing problems with the manager, or some form of union activity.

Passively waiting for conditions to improve and trusting the management would make the situation okay.

Passively allowing conditions to worsen, including lateness and absenteeism, reduced effort, and an increase in errors.

It is always useful to understand your current situation and take steps accordingly. This would reduce feelings of frustration and neglect for the company and employees would have clarity about the job.

Understand Job Satisfaction with a Video 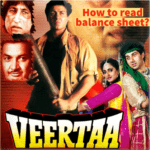 How to figure profit from balance sheet?

What are Bad Debts? 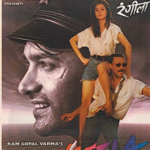