The scene that you just saw shows an auction taking place. It is an auction of an egg that has a blue sapphire, gold, and diamonds studded in it. People at the auction are trying to buy the egg and the bidder with the highest bid purchases it. As we can see the auction becomes intense and the egg finally gets sold at $500,000.

An auction can be described as a Sales event where buyers can bid for the item on sale. Buyers and sellers can get a good deal, hence auctions become a popular way to sell items. There are two types of Auction namely open auction and close auction. The scene depicts an open auction. In an open auction, bidders are aware of the bids. The highest bidder for the item purchases the product.

A close auction generally takes place in government tender bidding where different bidders send in their quotes. In this case, bidders aren’t aware of the quotes that are offered by other bidders. Only the Seller is aware of the bids as all applications are given to him. This enables him to select the bid he desires the most.

Auctions can be for a variety of items. These can include antiques, rare products, paintings, collectibles, etc.

What is a Dutch Auction?

A dutch auction can also be termed a price discovery process. It is also known as descending price process. In this process, the auctioneer starts by asking the highest price and slowly comes lower till it reaches a uniform level where the entire quantity can be sold. For this reason, it is also called a uniform pricing auction.

It is used in initial public offerings (IPOs) to find the optimal price of the stock. In the process of IPO, the company decides on the number of shares to be sold and the prices are later decided by the bidding process. After the bidding, the highest price at which every available share can be sold becomes the price for all the shares—the IPO price.

Google had decided to launch its IPO with this method of  Dutch auction. Google was selling almost 120 million shares. They went public at $85 a share. Although there was initial criticism Google pulled it through and the IPO was considered to be a success. 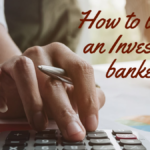 How to Become an Investment Banker with No Experience?

What are Rent Expenses?