Watch this below scene carefully from a legendary movie ‘Anand’.

The opening scene shows a doctor sitting with a patient (a woman in Saree). She complained of weight gain and the doctor suggests that she should get her blood cholesterol levels checked. Bhaskar (Amitabh Bachchan) upon overhearing this becomes agitated and decides to confront his friend and fellow doctor, Prakash.

According to Bhaskar, Prakash’s actions aren’t ethically or morally correct. Prakash justifies himself (Cognitively) by saying, he takes money from this rich lady who suspects that something is medically wrong with her. In the process, he is helping those patients who cannot afford to pay doctor’s fees. Hence, he doesn’t think that he has done anything ethically wrong by misdiagnosing the patient. He is convinced he is right in his head. Learning Perspectives will explore the meaning of cognitive dissonance in this blog.

Cognitive dissonance is a term used in management ethics. It also forms a part of psychology. Cognitive dissonance occurs when a person embraces two contradicting ideas about what is ethically right or wrong. The same person would then convince his cognitive mind by telling a different story that says his actions are right and justified.

How does it impact business decisions?

Many business owners fall into the trap of cognitive dissonance too. For example, Facebook had sold many social profiles to Cambridge analytics for research and Apple had purposely slowed down older iPhones to compensate for decaying batteries. This was done in a bid to force consumers to upgrade to a newer version. Later, Apple was fined 25 million euros.

These business owners cognitively justified to themselves that they can earn revenue through any means or maybe an action like this won’t be noticed. After public outrage, these actions came to light and these business owners’ realized that their actions weren’t ethical.

There is a line between business ethics and profit-making. Sometimes, businesses cross this line and they can justify it to themselves about it. Business ethics are the standards of conduct and moral values that govern actions and decisions in a work environment. Hence, many times businesses need to manage what’s right and what’s profitable. There might be times when choices aren’t clear-cut. At that time, organizations need to have a strong sense of ethics.

Understand Cognitive Dissonance with a Video 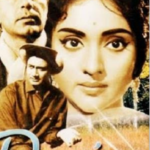 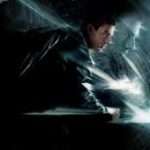 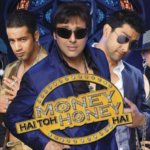 What is the Net Worth of a Business?