The scene that you just saw is from the movie ‘Hidden figures’, this is a real-life story about Katherine Goble Johnson who was an American mathematician who worked for the computers department at NASA. Learning Perspectives will explore the meaning of attribution theory in this blog.

What is Attribution theory?

A person’s perception and view of the other person’s action are influenced by the assumptions a manager makes about a person’s internal state.

Three Determinants of the theory:

This means whether an employee exhibits different behavior in different situations.

This means if everyone who is faced with a similar situation, do they respond in the same manner if they do, the behavior shows a consensus.

An observer would always look for consistency in an individual’s actions. For example: does the employee reach the office every day 10 minutes before the starting time? The more consistent the behavior, the more likely the observer attributes it to an internal cause.

How we perceive people is many times distorted perception. This can occur due to our own biases and errors.

a) Fundamental Attribute Error: We have a tendency to underestimate the influence of external factors and overestimate the internal factor. For e.g. if a sales lead is not reaching his/her targets, a manager might attribute this failure to his/her laziness rather than competitors’ innovative product lines.

When we judge someone on the basis of our perception of the group to which he/she belongs, it is called stereotyping. We try to simplify this complex world by putting people into groups and stereotyping them.

Since India is a vast country, our biases are many too. Many can be found in matrimonial advertisements. People also stereotype on the basis of religion. e.g. Muslims are conservative, Punjabis are loud, women are meant for household work, a Man can’t take care of the child, etc.

These biases also show up in work culture, where again men and women are judged differently. The scene that you just saw shows how the woman is being stereotyped on the basis of her appearance (African American woman) and on the basis of her gender (woman), even though her skills surpass many in office, she isn’t being given credit for her mathematical calculations by her boss at NASA in any research papers.

Stereotyping can be based on

If people expect to stereotype, they will perceive, whether or not they are accurate.

Understand Attribution Theory with a Video 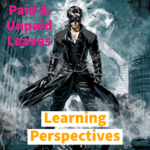 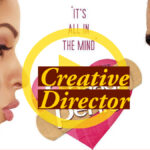 Who is a Creative Director? 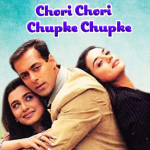 What is New Product Launch?