There are 3 brothers in this particular scene. Tiger or Shekhar (played by Mr. Amitabh Bacchan) is the oldest brother while Kumar (Rajnikant, Middle brother, Inspector) and the youngest brother, Vijay played by Govinda.

Now Tiger was a small-time gangster when he was younger, so while he was a gangster he took favors from some people and a few people became his enemy. Soon, he realized he needs to clean up his act and provide for his family.

In the present, one of his enemies holds a grudge against him and decides to kidnap his sister-in-law to prove a point. Kumar (Rajnikant) does not have a clue what’s happening, and he tells Tiger or Shekhar that his acts in the past have been a liability (something that is owed) which is causing the present circumstances. He is distraught as his wife and daughter are kidnapped.

Learning Perspectives blog will explore the meaning of liabilities.

Liabilities are a company’s obligations that need to be repaid. Companies generally undertake long-term financing through term loans, bonds, leases, notes, etc. In simple words, if I have to run a business, I will take a loan from a bank that is payable in say, 5 years, hence the long term. This long-term financing can be done through various instruments such as bonds, notes, etc and the company pays interest (Sood ke Saath) on the loan obtained.

As indicated in the scene above, Kumar (Played by Rajnikant) says to Tiger (Amitabh Bachhan) that because of his past bad deeds (paapon ka Karz/Loan) that were drawn on his name and now he is responsible for the payment along with the interest (Sood ke Saath). [As his family is taken as Collateral]

Banks generally ask for collateral from companies, if the company isn’t able to pay then banks will take ownership of the collateral (house, building, Jewelry, etc) and will recover their money. It seems the enemy (Played by Danny) who has kidnapped the sister-in-law and niece is treating them like collateral. Companies obtain funds through either debt financing (Liabilities) or equity financing (stockholder’s equity). 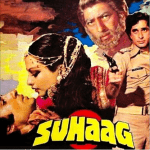 What is Jewellery Insurance? 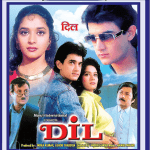 What is a Charitable contribution?

What does it take to start a new Business?