The scene shows Balram (played by Asrani) owes Rs. 25 to the restaurant owner. Balram says he has already paid Rs. 30 to him and in fact, the owner needs to pay him Rs. 5. Meanwhile, Ram (played by Kader khan) enters the scene as those two are bickering. Ram conveys to the owner that he too has paid Rs. 100 to him and needs his balance payment. Although he hasn’t paid any amount either. The shopkeeper gets confused and agrees that he must have paid, owner pays him Rs. 70 as the balance.

Ram covers Balram’s bill too by paying through what the shopkeeper pays him. This enables both Ram and Balram to have free lunches.

In this blog, Learning Perspectives will explore the meaning of Bills of exchange.

What is a Bill of Exchange?

A Bill of exchange is generally used in international trade and in many import and export transactions. Bills of exchange are similar to cheques or promissory notes.

There are three parties in a bill of exchange:

A Drawee- Pays the sum of money

Payee- Receives the sum of Money

Drawer- Binds the drawee to pay the money i.e. who gives the bill.

In the scene that we saw above, there are 3 parties: Ram (played by Kader khan), Balram (played by Asrani), and the shopkeeper.

Balram (Asrani) receives the money and hence acts as a Payee in this scenario. Drawer in this case a shopkeeper as he has given the bill while drawee is Kader Khan or Ram who pays the money to Balram at the end of the scene.

Although, Ram and Balram duped the shopkeeper. This scenario is used to make you understand the three parties involved in the transaction.

Features of Bill of Exchange

Difference between Promissory Notes and Bills of Exchange

The difference between promissory notes and bills of exchange is that the bills of exchange can be transferred. This transfer can be done through an endorsement. Bill of exchange orders the party to pay within a specific number of days to the supplier.

A Bill of exchange is a legal document, and if the payee doesn’t receive the money, he can legally recover the money. Terms of the bills of exchange cannot be altered and are considered to be final.

What Is Game Theory? 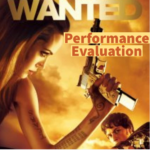