Poor communication skills are the most cited reason for misunderstanding in organizations. Communication includes the transference of information, knowledge, and understanding. If these don’t take place during communication, sometimes conversations aren’t effective.

The scene that you just saw depicts how Amitabh Bachchan is giving an interview. He has no inhibitions or insecurities’; he is full of confidence and wants to tell the interviewer about his achievements. In the very first lines, he tactfully tells his name and about his education.

He also speaks English fluently when asked by the interviewer about his English-speaking skills. Initially, he fumbles, but then he narrates a cricket match scene to prove his fluency in English. Although the scene is funny, he is trying his best to land the job as security personnel. Even though the interviewer doesn’t seem much impressed by him, he still manages to get the job. This blog, Learning Perspectives will explore the meaning of barriers to effective communication.

In an organization since people come from diverse backgrounds, there are chances of communication barriers. Some barriers are as follows:

Age, education, and cultural backgrounds too are 3 main variables that affect the language a person uses and the meaning they give to words.

How the receiver feels at the time of the receipt of communication will influence how he or she interprets it. Extreme emotions such as being ecstatic or being in a depressed state would hinder effective communication. In these instances, people are prone to disregard rational judgment and substitute it with emotional judgment. In the scene that you saw, we can see Amitabh Bachchan narrating a cricket match situation, in between Ranjit (interviewer) shouts at him ‘SHUT-UP’. but Amitabh Bachchan continues.

Receivers in the communication process selectively see and hear based on their needs, motivations, experience, background, and other personal characteristics. Receivers also project their interest and expectations into communications as they decode them.

The interviewer (Ranjit) perceives that a man (Amitabh Bachchan) would not be able to speak fluent English, but he does.

This refers to a sender’s purposely manipulating information so it will be seen more favorably by the receiver. The major determinant of filtering is the number of levels in an organization’s structure. Factors such as fear of conveying bad news and the desire to please one’s boss often lead employees to tell their superiors what they think superiors want to hear, thus distorting communication. 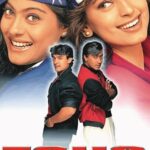 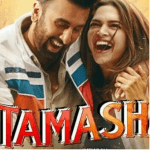 What is Organizational stress? 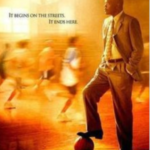