The above scene is from the movie face-off starring John Travolta (Sean) and Nicholas Cage (Castor Troy). John plays an FBI agent while Nicholas Cage plays a role of a terrorist in the movie. In the scene above one can see how Sean (John Travolta) is going through a face transplant and taking on the face of Troy to figure out where he has planted the bomb.

Eventually, both of their faces are swapped. Along with this, now they are in different places too. Sean is now stuck in prison while Castor Troy is now in the FBI playing Sean’s role.

This blog, Learning Perspectives will explore the meaning of swaps in finance.

Similarly in finance, we have SWAPS which is a derivative instrument. A derivative is a financial instrument in which 2 parties are involved. The value of a derivative depends upon an underlying asset such as interest rate, currencies, commodities, etc.

A swap is a type of derivative where 2 companies can swap their interest or currency payments. If companies swapped their payment obligations, an interest swap may occur.

Swaps help businesses manage their loans and debts efficiently. When businesses are paying interest variably but prefer fixed payments they opt for a swap instrument.

Company A has regular and stable cash flows while company B has cash flows that aren’t regular and fluctuate with the economy. Company B concludes that it will be in a better position with a variable interest payment as interest would move up and down according to market forces. If company A and company B swap their interest payment obligations, an interest swap would occur. Company A would make fixed payments which makes sense as A has stable cash flows. While Co. B would have a floating stream, which for it is, less risky.

Different types of Swaps include:

What is Gift Tax? 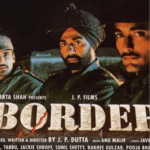 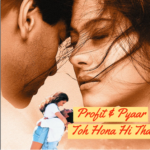 What is Profit in Accounting?