We all have had bosses but few were led by leaders in their careers. There’s always a stark difference between a boss and a leader and it’s easy to recognize when you are working with one.

This scene from the movie ‘The Devil wears Prada highlights how Miranda (played by Meryl Streep) is a boss. Let’s dissect this scene to understand it better.

We can see in the scene how the office has suddenly become chaotic as the news of her arrival is given. Everyone is running around from wearing high heels to cleaning the meeting room.

A boss would want all his employees to be fearful of him or her while it’s quite opposite for the leader as he/she would want to coach people by nurturing them with a calm attitude. In the opening scene, the fear of Miranda Priestly is quite evident as everyone is running around to put things in order and look a certain way.

A leader generally is a good listener and would be willing to listen more than talk, notice when Miranda enters the office, she isn’t willing to listen to Emily (Played by Emily Blunt) rather she says “Tales of your incompetence do not interest me”. Notice how 4-5 employees turn away while she’s walking and giving instructions to Emily. A boss would often criticize while a leader would encourage their employees. Miranda gives 8-9 orders of things that need to be done and demands results from Emily. A boss would generally demand results while a leader would inspire performance.

Miranda blames ‘Simona’ who had sent her someone who isn’t what she wants. A boss has a tendency to blame others, while a leader takes responsibility. Compassion is a quality that seems to be missing from Miranda, Emily is over-worked, and taking a bathroom break is also difficult. Understanding the needs and wants of employees is crucial when working together. A leader would generally display compassion by empathizing with their employees and listening to their concerns.

Both bosses and leaders get work done. ‘How’ is the greater question here. The good news is, that a boss can become a leader if they want to. 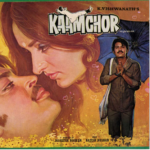 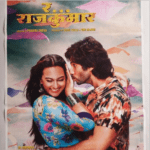