The scene that you just saw shows how a queen of Janakpur falls down in a Hotel and blames the floor of the hotel for being slippery. She threatens to sue the hotel which causes panic amongst the hotel staff.

A court case on a hotel by a royal Queen (Rani) can be a major reputational risk for the hotel. This can lead to sales of the hotel falling drastically as people would choose to not visit the hotel.

Understanding the implications of this, the manager of the hotel offers a complimentary stay for the queen in the Royal suite. He also offers free sightseeing, food, etc. What they aren’t aware of is that she isn’t a real queen but posing to be one.

The manager tries his best to mitigate the risk to the reputation of the company by adopting control measures. This blog, Learning Perspectives will explore the meaning of reputation risk.

What is Reputational Risk?

Reputational Risk is the biggest risk that an organization faces. It can decrease sales and wipe away credibility built over the ages. It can have a financial impact that can cause irrecoverable damage.

Reputational risk includes harm to the name of the company. It is one of the biggest dangers that all businesses face. With the advent of social marketing, this risk has doubled. Any unhappy customer can post on social media and the post can become viral in seconds. Reputational risk can come out of nowhere. This puts the company at a major risk.

Facebook faced a reputation risk when the profiles of many users were allegedly sold to a London-based consultancy called Cambridge Analytica. Millions of people having accounts on Facebook across the globe were outraged by privacy concerns. Mark Zuckerberg later said, “We have a responsibility to protect your data, and if we can’t then we don’t deserve to serve you. I’ve been working to understand exactly what happened and how to make sure this doesn’t happen again.” Later, Zuckerberg appeared before a joint hearing of the Senate Judiciary and Commerce Committee.

The reputation of a business is built over time while it can be lost in seconds.

Online One on One Sessions: 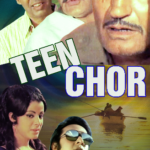 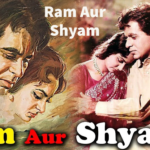 What is a Voucher?