The scene that you saw shows how a strike is taking place in a tea factory. Sometimes, strikes are triggered by a third party. All the workers of the tea factory stopped their work on the union leader’s (Nandu’s) order. They are holding this strike as they believe that the workers aren’t paid sufficiently. Management of the company (Govinda and Satish Shah) try to resolve the situation by talking to the workers.

Strikes are the stoppage of work by union members. This usually takes place as a response to some grievance faced by employees. Strikes are sometimes used to pressure the government or organizations to change policies. There are various kinds of strikes such as:

This strike is conducted without the authority or consent of the trade union.

This occurs when an existing labor agreement has expired and an impasse has been reached in contract negotiations. This is initiated by the management.

This can occur in reference to contract negotiations.

As the name suggests, this takes place when one worker wants to support the other. Hence, a strike takes place against an employer.

Workers of Maruti had gone on strike thrice in 2011 and 55 productive days were wasted. Maruti workers demanded 3 things:

Maruti management and workers both stuck to their sides and resisted. Peace was restored as the Haryana government stepped in. But this did not last long, as Maruti, now wanted workers to sign the good-conduct bond. This did not go down well with the workers and they again went on strike.

There were violence reports in July 2012 in the Manesar plant. Maruti later paid a severance package to 30 workers.

Farmers’ union leaders decided to protest against the 3 farm acts that were passed in the parliament in September 2020. On 26 November 2020, a nationwide general strike of 250 million people, as per trade unions’ claim, took place in support of the farmer unions. Five states – Kerala, Puducherry, Odisha, Assam, and Telangana – were completely shut down. The strike saw stoppages of work in banks, financial services, various government services, transport, steel units, ports and docks, telecommunication services, plantations, power generating units, coal, and other mines, and oil and natural gas production units, and millions of other places.

What is Cheque endorsement? 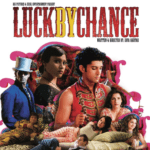 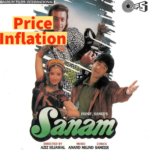 What is Price Inflation?