The scene that you saw shows Luv (played by Vir Das) and Hardik (played by Kunal Khemu) planning to attend a rave party. They are very excited about the party and start checking the amount of money available to them. Luv discovers a small amount available with him, enough to buy two beers. While the amount left with Hardik is only enough to buy a cigarette.

In this blog, Learning Perspectives will explore the meaning of Purchasing power.

What is Purchasing Power?

Simply stated, purchasing power means the number of goods and services that can be obtained with a given currency. It is also the value of currency which is expressed in terms of how many goods and services can be purchased with a single unit of currency. It can be referred to as buying power of the currency. Currency in the form of money that is used in circulation as a source of exchange. (Rupees in India, Euro in Europe, etc.)

Similar to the scene that we saw, how Luv and Hardik are checking the amount of money they are left with. They are figuring out what exactly can they buy with this money.

This movie is set in 2013 but if this movie was set in 1993. The purchasing power of Luv and Hardik would be very different. With the same amount of money available, they could have purchased, maybe 4 beers and 2 cigarettes. This indicates that currency had a greater purchasing power during 1993. To sustain a good lifestyle, they will have to earn higher income in 2033, as inflation would rise.

What is Purchasing Power Parity?

Purchasing power parity (PPP) is another concept in economics that compares two countries’ currencies by removing the differences in the price level between countries across a basket of goods. This indicator is measured in terms of national currency per US dollar.

According to a recent report by OECD (2016-2020) on PPP, indicates purchasing power parity of various countries. Comparing India, China, Korea, and Singapore, one was able to find PPP in these countries.

Understand Purchasing Power with a Video

Who is an Angel Investor? 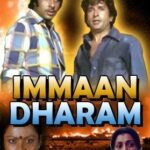 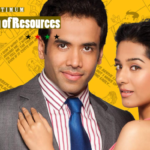 What is Optimum Utilization of Resources?