The scene from the movie ‘Ek Khidali Ek Haseena’ shows Arjun Verma (played by Fardeen Khan) convincing a senior vice president of the bank. He is narrating how the management of the company happy.com sold off their product to a big company for a large price. In this blog, Learning Perspectives will explore the meaning of divestiture.

Companies tend to sell off parts that they are not able to handle or selling them would be beneficial. This can be done at a time of closure or bankruptcy too. Sometimes, companies want to discontinue some locations of the business.

Some ways of divestiture include de-merger (spin-off and split-up). and equity- carve out.

Motives of sell-off generally include raising capital, curtailment of losses, and strategic realignment.

A sell-off results in an efficiency gain as well when the unit is divested. Sometimes the value of the part is greater than the whole.

De-mergers result in the transfer by the company of one or more of its undertakings to another company. The company whose undertaking is transferred is called the emerged company. A de-merger can take the form of a spinoff or split-up.

In a split-up, a company is split up into two or more independent companies.

Understand Divestiture with a Video 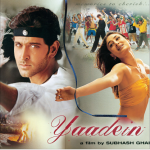 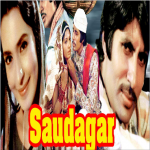 What is the Operating Cycle?