The scene that you just saw shows Peter Parker trying on a pair of glasses gifted to him by Tony Stark (Iron man). As he wears these glasses, he meets Edith. Edith is Tony’s Augmented Reality system. In this blog, Learning Perspectives will explore the meaning of Augmented Reality.

What is Augmented Reality?

Augmented reality is the new reality created by the digital world through sensory stimuli using sounds, visuals, etc. through technology. Augmented Reality and Virtual Reality today have become the most desired tools for an organization.

Augmented Reality is defined as a direct or indirect view of physical reality whose elements are augmented through computer-generated information. Similar to the scene that we saw, the Sunglasses that were gifted to Peter has EDITH which is the augmented reality defense system.

Augmented Reality has been used by shoppers for different levels of experience. In fact, there has been evidence that customers are deriving benefits from the augmented reality functionality and more could be seen in the future.  Another scene that shows the usage of augmented reality is from the Minority report.

This scene from Minority Report shows the use of augmented reality in marketing and advertising. This form is more communicative in nature and also personalized.  It shows how John Anderton’s (played by Tom Cruise) eye is being scanned on every corner and personalized ads are being displayed. One of them says ‘John Anderton you could use a Guinness right about now.’

Later as John replaces his eyeball (movie plot), he apparently has the eyes of Mr. Yakomoto. As he goes into the GAP store, a lady greets him and recommends tank tops to him.

Augmented reality and Virtual reality are different too. Augmented Reality uses the current reality and puts virtual information on top of it to increase the experience for the user. While in the case of Virtual reality, it immerses the user in a different environment. This is carried out through computers. Think virtual reality games. For example Beat Saber, it is a music-rhythm movement/dance game that’s done so well, it’s already in arcades. Slash blocks in particular directions, avoid bombs, duck obstacles, and suddenly it’s a workout.

The virtual reality gaming industry in China is quite big. China had 3000 virtual reality arcades in 2016. In 2021, it is estimated this will grow 13 folds to US billion $782. This growth would dominate the AR/VR world in the long term. At Shanghai’s VR+ Amusement Park, a new game lands only once every three months. Chinese giants Alibaba and Baidu are investing in virtual online shopping and VR entertainment.

Understand Augmented Reality with a Video 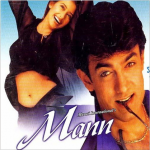 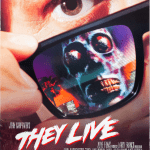 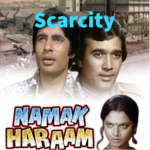